"intoxicating...an authentic sound that will leave you in awe. Their music sways between the lines of sweetness and destruction."

"electrifying...energetic...dynamic, infectious... Across 10 riotous, evocative and effervescent tracks, the multi-genre collective effortlessly fuse elements of psychedelia, glam rock, garage and doo wop. Forged in the rhythm, joy, and despair of New Orleans, frontwoman Tasche de la Rocha emits a sound that is both contemporary and vintage."

"New Orleans alternative rock band Tasche and the Psychedelic Roses live up to their name in the new mind-melting music video for “Happy Song,” the latest single from the band’s self-titled album."

"With songs crafted over the course of five years and an album recorded during the height of the pandemic, Tasche and the Psychedelic Roses debut a new, evolved sound on their self-titled sophomore album, released on Halloween night. The album showcases a much heavier psych-rock‘n’roll sound for the group, with twinges of grunge and punk, and drawing inspiration from artists like Joe Meek, David Bowie, Nina Hagen, and Queen. ... With roots in R&B that reflected influences of gospel and doo-wop, the group’s sound has grown to include a plethora of genres that ultimately speaks more about their desire to play what feels right or fresh versus that which they already know and have played before."

"Tasche has a thoroughly unique voice, like literally but also in terms of the art she seeds and her and her band give birth to. 'Dying Art' in terms of some of it's shapes, sonic temperaments and attitudes made me think of the progressive / experimental side of the Beatles, of Abbey Road in particular but put though an art punk filter (think Pere Ubu, Mission of Burma) and as exquisitely jammy and crazy (good crazy) Tasche and the Psychedelic Roses get here, they equally can feel just as elegant and therein lies their off-kilter brilliance... It will likely stun you and that is a wonderful thing."

"Tasche & the Psychedelic Roses hit us up with their new single, “Dying Art” and we were immediately drawn to its whimsical vibe. With jaunty guitars, silky harmonies, and a retro sensibility that never sounds dated, Tasche & co. whip up a magical brew of rock-n-roll flavored indie with hints of psychedelia. Stick around for the swirly guitar theatrics and slow-down bridge that ultimately winds its way back into an ooh-laden symphony."

"Led by the charismatic and compelling Tasche de la Rocha, the band rocks with freedom and candour typical of the great punk acts of past and present, as well as a feminist spirit that really helps bring the energy. Joining four-part vocal harmonies, grunge-like guitar riffs, a punk rock disposition, and pinches of doo-wop, cabaret, and psychedelia, Tasche and her team really pack a powerful punch for rock fans of both past and present."

"...potent...so divergent, so stunning... The exquisite progressive art rock meets oompah is not only fun but rocks so hard. There are nods to surf punk to psych and stoner rock... There is also a beautifully odd sensibility, a touch of 80's caberet and punk / new wave..."

"Tasche and the Psychedelic Roses brings together a menagerie of genres like only a song created in The Big Easy can with the energy of a busker contained only by the performance’s pinpoint precision. Tight vocal harmonies wind in and out of crunchy surf guitars to create an almost manic, psychedelic doo-wop explosion that’s impossible to turn away from until the very end."

"Lively sound...beautiful instrumental performance and excellent vocal lines... Hook is a composition full of energy where guitar, bass and drums form a perfect sound layer so that vocal melodies can be applied in a sensational and exciting way, closing the ideal package of a lot of talent and competence of a fantastic band." (translation)

"...edgy, jarring guitars flowing into a pop-flavored melody with tangs of alt-rock... At once innovative and surging with a latent caustic energy that is finally liberated, “Hook” parades the creative talents of Tasche and the Psychedelic Roses."

"...ethereal, plaintive blues and shuffling, rough-hewn doo-wop and R&B, all tied together by the singer-songwriter's unmistakable voice — a barbed, wiry howl" 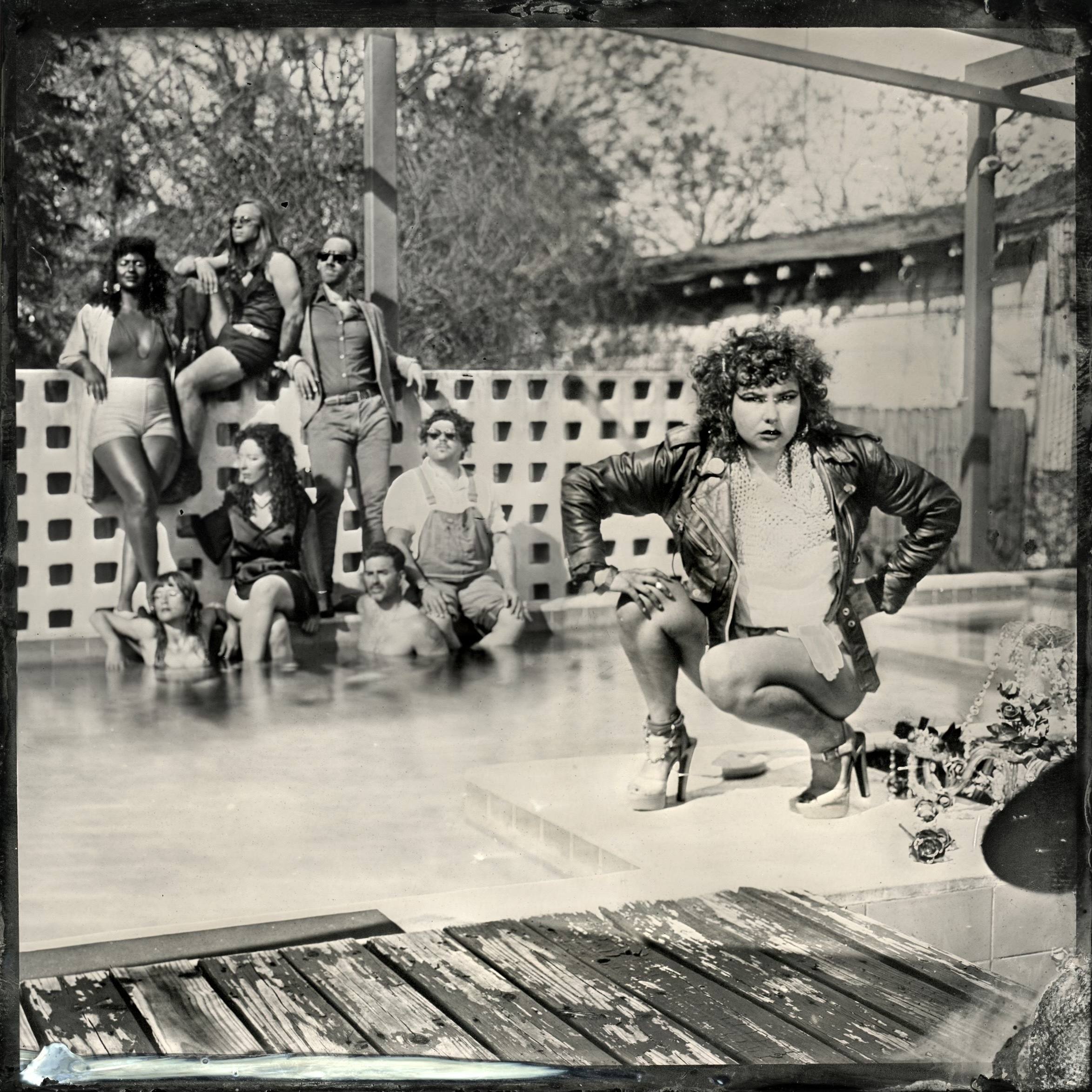